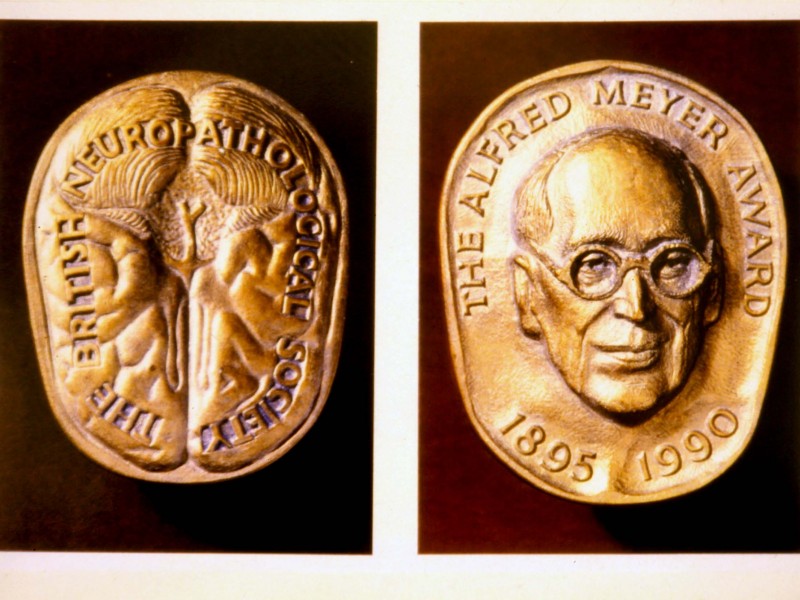 Alfred Meyer (1895-1990) was a German-born British neuropathologist. As a prominent member of the British neuropathological Society, his contribution is remembered in a biennial memorial lecture. His most significant work was on the anatomical aspects of frontal leucotomy and the nature of the structural abnormalities in the brain associated with temporal-lobe epilepsy. Meyer was born in Krefeld. His successful early career was threatened by the rise of the Nazis, and he escaped to the UK in 1933, beginning work at the Maudsley Hospital, London. His study of frontal leucotomy led to a classic book on the subject with Elizabeth Beck, published in 1954; and he undertook pioneering work on the pathology of epilepsy while professor of neuropathology at the Institute of Psychiatry.

This lecture is delivered every second year by a distinguished speaker, invited to present the lecture at one of the annual meetings of the Society. The Academic Committe presents nominations for agreement by the full BNS committee. The lecturer is awarded a special medal which is engraved with their name and the date of the lecture.

The neuropathology of vascular dementia and vascular cognitive impairment.

Genetic variability at the loci causing Mendelian disease contributes to the risk of sporadic disease.

Genetic influences on regulation of protein degradation in the brain.

Development of the cerebral cortex: clues to the pathology of cognition.

Functional repair of the damaged brain.

The Molecular Pathology of Prion Diseases.

The Cause and Effects of Epileptic Brain Damage.