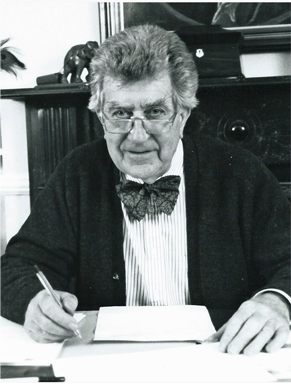 A Prize for young investigators Sponsored by the British Neuropathological Society and funded by Neuropathology and Applied Neurobiology.

The British Neuropathological Society has established the Cavanagh Prize – to recognise a young neuroscientist whose studies have made a significant contribution to the understanding of the Neuropathology of Human or Veterinary Neurological Disease.

The Prize is named after one of the founder members of the BNS, Prof. John Cavanagh, who had a distinguished career in experimental neuropathology and was also the founder editor of the Society Journal, Neuropathology & Applied Neurobiology.

Eligibility: Any European Neuroscientist (generally under the age of 40), nominated by member of the British Neuropathological Society.

The Prize: The Prize shall be the sum of 2000 euros, and a condition of the award will be that the individual presents a lecture at a meeting of The British Neuropathological

Society when a presentation of a suitably inscribed citation will be made. The individual will also be invited to write a review or annotation for Neuropathology and Applied Neurobiology.

Announcements: A notice asking for nominations for the Cavanagh Prize are sent to members of the Society by the Secretary, when the Committee, based on nominations, makes a recommendation which has to be agreed by the BNS committee.

Introduced by the President

Forget me not: Investigating the pathophysiology and treatment of Alzheimer’s disease.

Models for the pathology of neural stem cells in tumour formation andepilepsy.

Mechanisms of neurodegeneration in conformational dementias.

Advances in our understanding of demyelination.